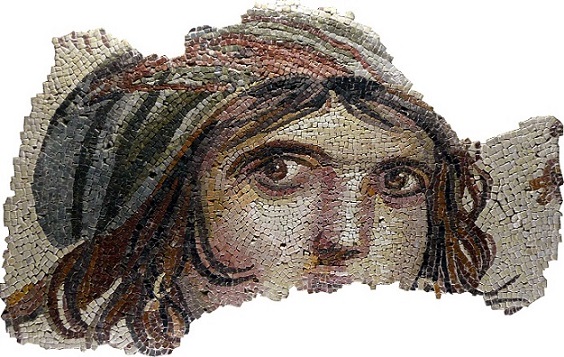 rand Levent Hotel, 120 bed capacity, located in Ortakent Yahşi Mansion in Bodrum, was designed and implemented by architect Tarık Ülbeyi. Ülbeyi successfully blended the lines of the Lycian and Ionian civilizations with the local architectural features of Bodrum and created a texture in the holiday village atmosphere by distributing its functions in pieces. The units, which resemble Bodrum houses, are located on both sides of the main axle woven with columns and beams. A studio is built on each floor of these units which are built in two floors. Buildings; Colored portholes, wrought iron windows and balustrades, handcrafts on their pediments have been brought to a rich appearance with mosaic panel works. Atölye Wall Mimar Sinan University Fine Arts Academy Painting Department graduated two artists, Suphi Yürek and Erdinç Ünlü'nın signed mosaic panels with ikaras, Athena, Bacchus mythological heroes such as the workshop wall, also belonged to the contribution of Bedia Dipşo relief Marble tobacco and concrete are used as materials in the works. The themes of the reliefs were chosen from the wars between the Lapith-Kentaur wars and the Amazon and the Romans. The small square of the columnar ax that stretches along the corners is the lobby, the restaurant, the multipurpose hall and the main It is surrounded by buildings, sauna, hammam and gymnasium sections. Mimar Tarık Ülbeyi used the original plant cover of the Bodrum region in the landscape arrangement of the hotel. A playground and a picnic area were organized for the children in the square at the end of the central axis. Tents that used solar rays 20% It was imported from South Africa. The wooden bridge crossing created a movement over the 1.55-meter-deep swimming pool. The sunbeds around the pool were chosen from the Italian brand Alberti and the snack-bar chairs placed in the passageways passing from the pool to the shore were selected from the products of Yenkur company in İzmir. Granite marble of Gloria Verde's cream tones were chosen on the ground. Two for single and large families The architect Tarık Ülbeyi who decorates the rooms of the two types of rooms arranged as partitions has used two alternatives as oak coatings and patina lacquer on the oak coatings and laminate coatings in the furnitures and bedrooms. Bedspreads were selected from Prestige, while all lighting units were selected from Asfar, MDF, laminate and patina polish was preferred in doors and cabinets. Traverten was used on the floor of the rooms. The walls were adorned with paintings copied from the paintings of masters such as Gerard, Prud'hon and Alma-Tadema, with the technique of worn on the paper by the Workshop Wall team. Ortakent Yahşi Located on the ground floor of the main building of the Grand Levent Hotel, fuayenin furniture has been selected from various stores in Ankara. The curtains made of local hand weavings belonging to the Denizli region are in harmony with the corfices of ferforje. The flashy crystal chandelier in the vestibule is chosen from Somtaş. The patio lining on the MDF of the reception desk and the padding of the imported ornaments have been preferred. The kilims on the Gloria Verde brand granite flooring were chosen from Milas region. Authentic accessories such as silver-engraved warbler, used on the spot, are particularly popular with foreign tourists. The table and chairs of the restaurant, which is located at the back side of Fuayen and where delicious food from Turkish cuisine is served with open buffet, is compiled from the stores in Ankara. The marble fireplace chosen by İzmirli Dekortas company is adorned with a handmade model of a ship. The roof bar on Restoren is covered with a reinforced concrete dome. Ceiling frescoes inside the wall are another application of the workshop wall team such as other wall and ceiling paintings. The ceiling frescoes painted with mythological themes, such as Poseidon or Homeros, which are also located on the dome, have been realized on the plaster with the understanding of classical paintings. The lounges and multi-purpose hall wrought iron appliques are chosen from Asfar products. Hotel Grand Levent Ortakent Yahsi Amendments; Some materials with a certain life span were changed. To give an example, there used to be komodins to listen to music between the beds in the past. These were removed because they are no longer useful in the hotel. This and other similar innovations are applied immediately. And materials were taken into application.